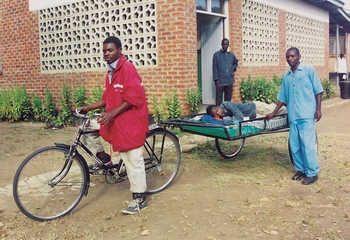 Nineteen people were on Sunday admitted at Chiradzulu District Hospital after drinking sweet beer (Thobwa) at an initiation ceremony.

He said the sweet beer was brewed by Meliya Kachuma who is also a victim, in order to spice up the event and after taking the staff, they all started vomiting and feeling abdominal pain.

“The matter was reported to Chiradzulu Police Station where a medial referral letter was issued to the victims to receive treatment at the district hospital where they are currently admitted,” said Khola.

He further said the condition of the victims was stable and samples will be taken for chemical analysis to find out what was added in the Thobwa.

Khola disclosed that most of the victims were children from seven months to 13 years and four adults of between 33 to 45 years old.-MANA