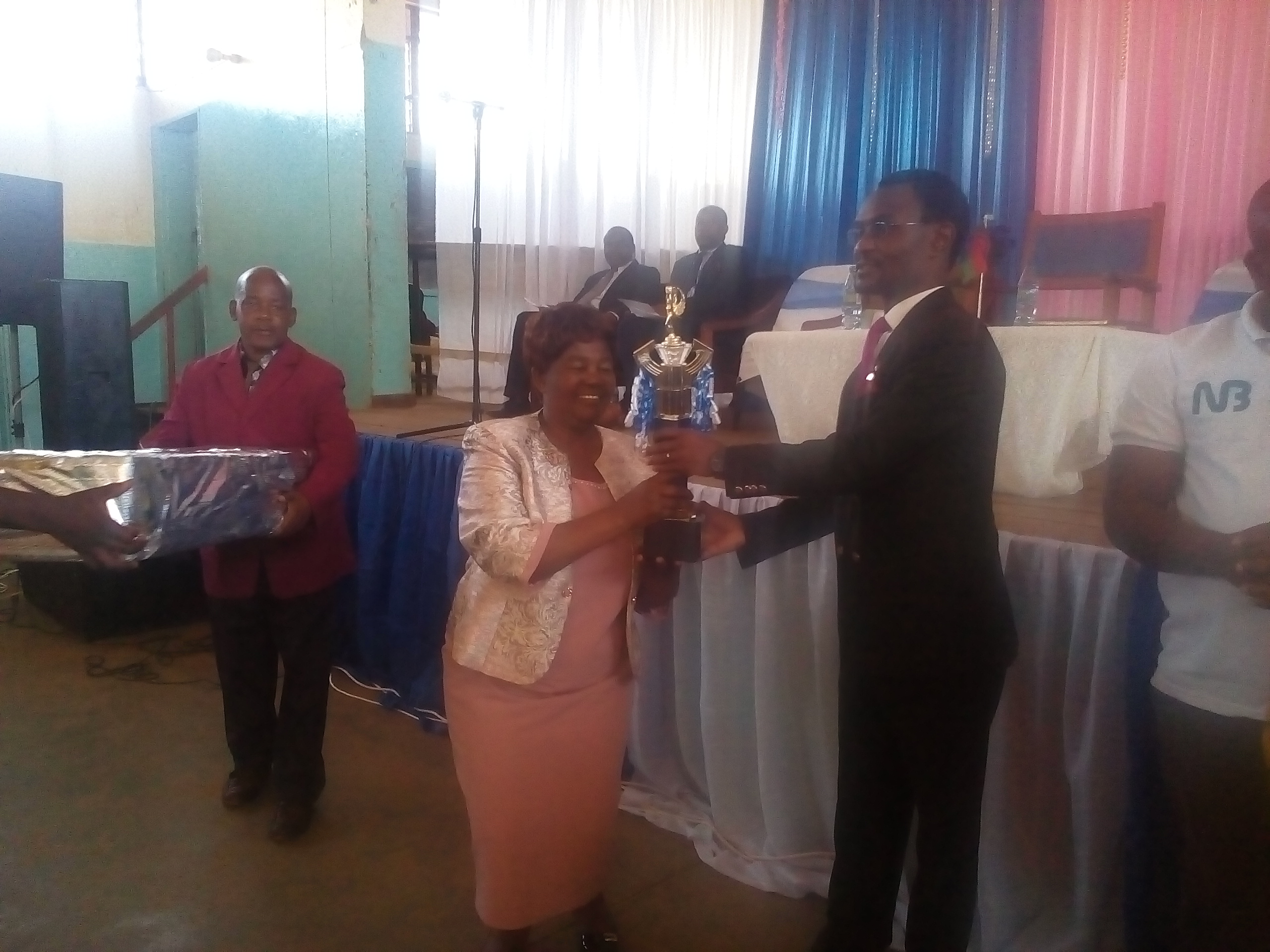 Primary School Teachers in Thyolo were all smiles on Friday because for the first time, the District’s Education Office awarded 265 of them and their schools for their best performance in the last academic year.

The awards were given to Standard 8 teachers who managed to produce Grade As in the last Primary School Leaving Certificate Examination (PSLCE).

The function that took place at Thyolo Secondary School Hall in the district also included the best head teacher, school and education zone.

The teachers received k1,000 for every Grade A they got in their subjects during the examinations in which Thyolo District came position 9 at national level.

The best performing schools also went away with a trophy, teaching materials and money amounting to K30, 000.

Speaking during the event, Minister of Local Government and Rural Development, who was the guest of honour,  Dr Ben Phiri, congratulated those who received the awards and urged them to  work extra hard in order to achieve good results in the just started academic year.

Phiri further promised to support primary education in the district and pledged to contribute about K1.5 million to next year’s awarding ceremony.

District Education Manager for Thyolo, Godfrey Kubwense said he was happy and optimistic that the event will motivate teachers to work extra hard.

“Good work must be recognized and appreciated. This will not only encourage the teachers to work harder next year, but also motivate others who were not putting much effort in their work to start working hard,” said Kubwense.

“With this, there will be competition among teachers hence producing quality education. We expect that Thyolo will be one of the best performing districts in the coming PSLCE,” he added.

Alice Mpumira, a teacher from Machemba Primary School, who managed to get 43 A grades in her classes, expressed gratitude saying she did not expect such an honour.

“I am overwhelmed by the recognition we have received today. I knew I did well but did not expect this to happen and I am very happy.” Mpumira said.

Mpumira agreed with DEM saying the awards would motivate teachers who most of the times are not recognized for the good work they do.

“This is so encouraging because most of the times, teachers are not recognized. The awards will motivate teachers to put much effort in their work,” she said.

The event was spiced up with a debate and drama performance by some of the teachers.-MANA