Home » News » ‘No Superior Religion On Earth; Co-Existence A Pillar Of Peace’

‘No Superior Religion On Earth; Co-Existence A Pillar Of Peace’ 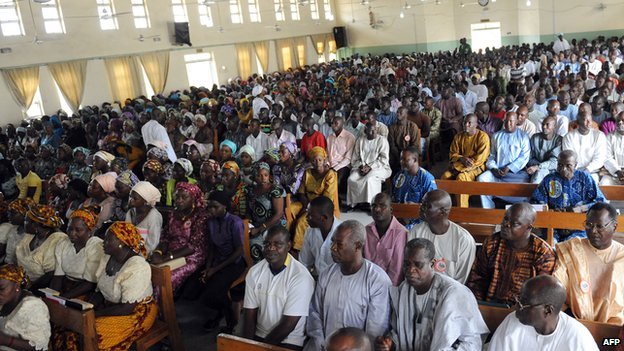 Lilongwe, August 27, Mana: Religious leaders have been requested to lead their congregants in peace building processes by embracing co –existence as a pillar towards avoiding conflicts in the country.

United Religions Initiative-Malawi (URI) Southern African Region made the appeal at Logic Inn on Thursday in Lilongwe, during the launch of a two months on-going training of various faith members on religious tolerance and peace building process.

URI’s Country Coordinator, Geoffrey Manasseh said religious tolerance, use of the co-existence philosophy could be a great message to be promoted in various worshiping venues if the country is to uphold peace.

“Give dialogue a prime space in all our misunderstandings in the religious society with that, peace will spill over to the national society in turn making Malawi and the global village a habitable place, free from conflicts and violence,” he said.

He added that URI which was formed in June, 2000, is promoting daily interfaith cooperation, ending religious motivated violence, creating cultures of peace, and enhancing justice and healing for the humanity on earth.

The training attracted 20 participants, with six ladies and 14 men drawn from Islamic, Christian and Rastafarian religions.

“We must always avoid telling our religious followers that our faith, church or Muslim sect is more superior than others, because such a teaching will instill a spirit of divisions and discrimination amongst us and that yields into dis-respectfulness on other religions,” Rasta Stom Jericho Kandodo observed.

He hinted that Rastafarians have plans in the pipeline to establish own schools and hospitals to complement government development agenda.

Another participant, Ndiza Ngalawanga termed the training timely saying it will help her reach out to fellow youthful Muslims and others from other religious with peace loving messages.

“We are all aware that most youth are agents of conflicts because they are used to be in the forefront when violent scenes erupt, I condemn it, and I appeal to them to divert their energy in productive activities that can promote own careers,” she appealed.

Sheikh Ahamed Chienda, who is National Coordinator of Islamic Information Bureau, and Priest Geoffrey Jonas of Chinsapo Anglican church, who is a lecturer at Lake Malawi Anglican University (LAMAU) who were some of the key facilitators told Mana on the sidelines of the training that the country needs unity for its progress.

“We need to join hands in developing our country, and no society can develop where there are conflicts. Small issues can spark fire and plunder our peace.

“A couple of weeks ago we witnessed ugly scenes of verbal attacks from religious conflicts, Muslims started mobilizing themselves to demonstrate against the removal of a bill board in the city of Blantyre.

Thanks to Public Affairs Committee, government through the Ministry of Civic Education and National Unity for a swift intervention,” Chienda said.

URI Malawi is running the training with 200 Euros from King Abdullah Bin Abdulaziz International Centre for Inter-religious and Intercultural Dialogue (KAICIID), but appeal for further support to include more beneficiaries.