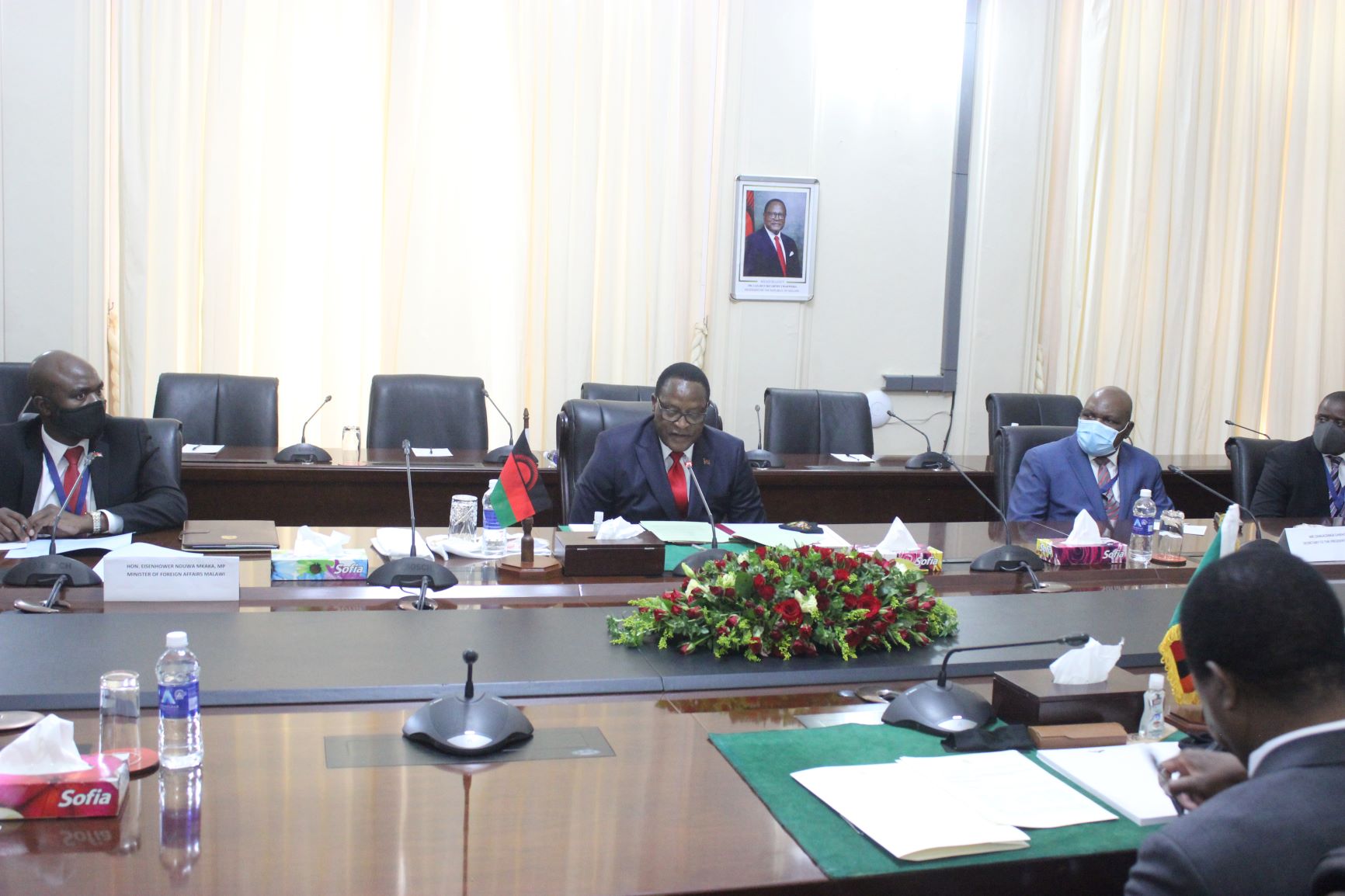 Lilongwe, October 1, Mana: President Lazarus Chakwera has arrived back home after a two day state visit to Zimbabwe where he held bilateral talks with his counterpart, Emerson Mnangagwa on the need for enhanced trade and bilateral relations between the two countries.

Speaking Thursday on arrival at Kamuzu International Airport, Chakwera said he has had fruitful bilateral talks with Zimbabwean President.

“I have had lengthy discussions in private as well as in the presence of others particularly to do with human development and prosperity in the region. Integrating trade, making sure that our people relate well and issues to do with security in our region,” he said.

On issues to do with human rights currently under the microscope in Zimbabwe, the president said the topic came up during the discussions. However, he added that there were proper processes that need to be followed in tackling such issues.

“You know that there is a process that takes place. I am a new kid on the block. I am learning in order to know what is going on with our neighbours.  The president himself last night responded to some of the issues,” he said.

The president, who will assume the Southern Africa Development Community (SADC) Chairmanship next year also had discussions with SADC ambassadors based in Zimbabwe.

Malawi and Zimbabwe share historical ties and before, both countries gained independence from Britain, they were under what was referred to as the Federation of Rhodesia and Nyasaland.