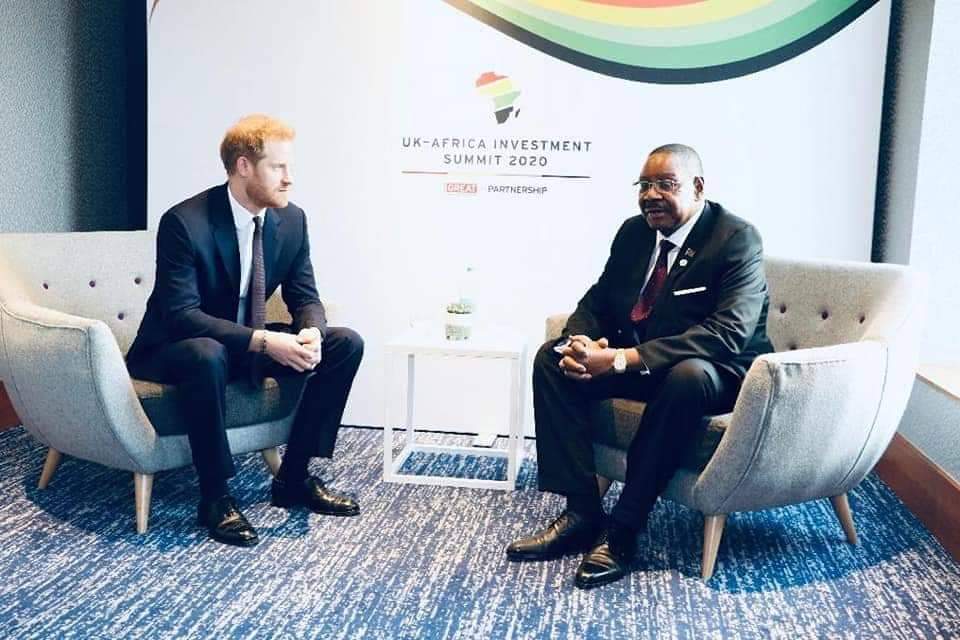 The Malawian leader Professor Mutharika is among few African leaders invited to attend the summit which has brought together 21 African countries.

According to Malawi Government Online, the Prince Harry and President Mutharika shared mutual interest in education, empowerment of youth and wildlife conservation.

In his royal visit to Africa in September last year, Prince Harry promised to open a Hospital in the continent to be named after his Mother.

However, It is not clear not clear on weather President Mutharika discussed with Prince to have the Hospital in Malawi.